Carbon Credits and the UK RDF Tax Are you aware of the new ‘UK RDF tax’? If so, you are not alone. You are probably wondering what the new tax will mean for local authorities and how it will affect carbon credits and prices. This article will explain the impact of the new tax, its […] 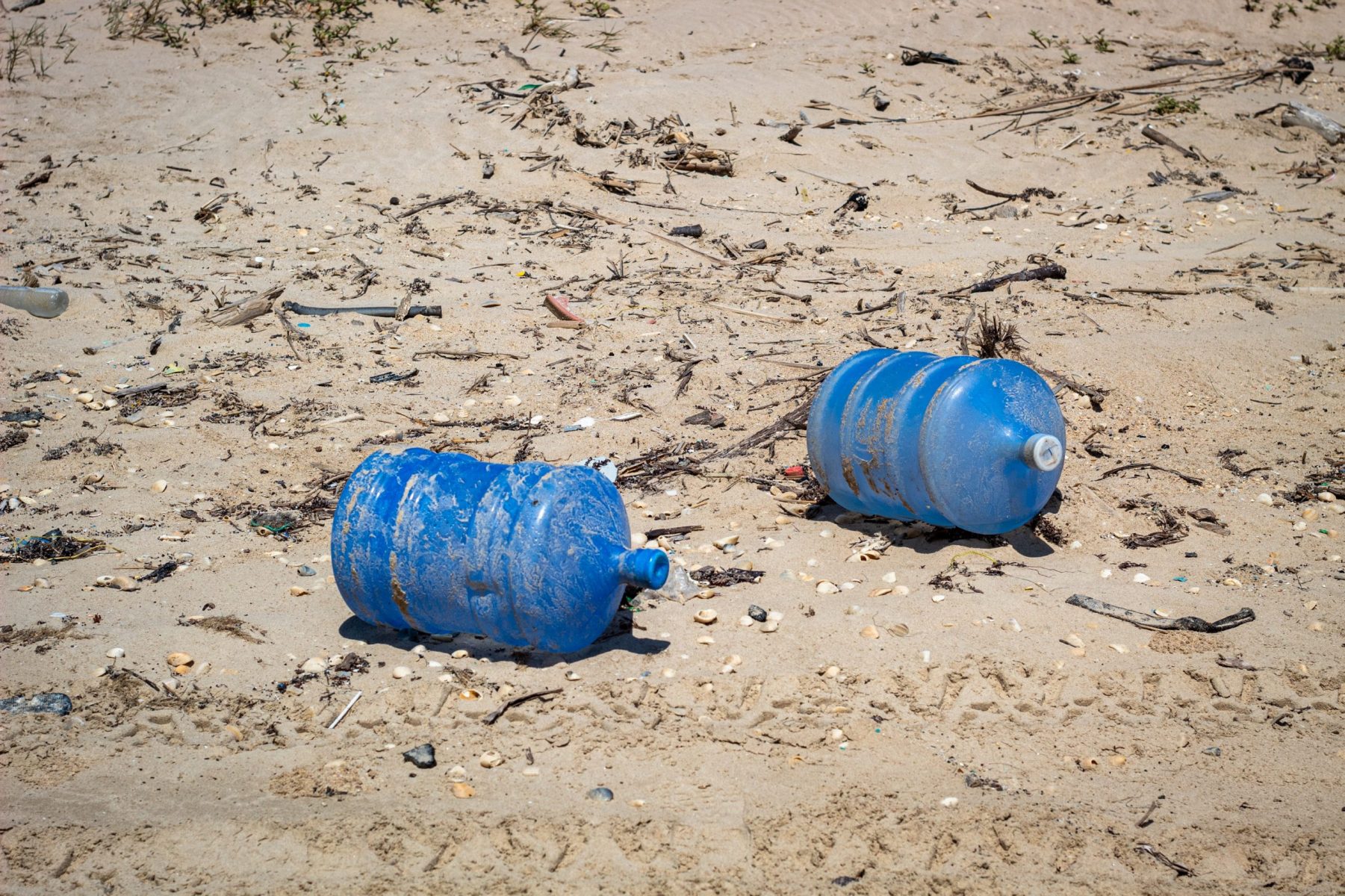 Are you aware of the new ‘UK RDF tax’? If so, you are not alone. You are probably wondering what the new tax will mean for local authorities and how it will affect carbon credits and prices. This article will explain the impact of the new tax, its origins, and how it’s being implemented. You’ll also learn more about how carbon credits will affect the prices of waste materials.

The Netherlands is considering a tax on refuse-derived fuel, RDF. The new tax would have a significant impact on UK exports. However, some councils and waste collection companies may be able to absorb the extra costs by raising the prices of collection services. In turn, they will then pass on the cost to residents. The UK Department of Environment is sympathetic to these efforts. Moreover, RDF suppliers may find it more difficult to attract investors.

They may also find it difficult to compete in this market because the supply of RDF has reached a saturation point. Additionally, local authorities have limited benefits that rely on medium-term contracts, and their coverage may only be six to twelve months. With this in mind, LAs may want to look at the potential European market for RDF contracts. In the short-term, local authorities exporting RDF are likely to be hit the hardest by the new tax.

In some cases, the price of RDF has increased, but prices are still lower than in December. Some local authorities have even increased the prices for exports to the Netherlands, as the new tax is regarded as a change in the law. As RDF is an exportable commodity, it is likely to increase its costs for disposal. The RDF tax on waste could help support local infrastructure projects. Local authorities may also be able to print the relevant information on the waste bins.

Some local authorities have already started this. Further, it is important to provide local authorities with sufficient funding and training for their enforcement. There are several ways to do this, and the UK will soon be experiencing a wave of additional costs. In the meantime, the political drivers for recycling are a lot more than the new tax. In addition to the environmental benefits, it also generates jobs, both low and high-skilled. It also creates new technologies for export.

Ultimately, it is the most effective way to meet its climate targets. However, the tax is likely to have unintended consequences for local authorities. Impacts on prices Despite the recent introduction of the UK RDF tax, it is unclear how the change will affect the industry’s prices. In particular, it is not clear what the impact will be on the market price of the raw material. However, the increase in the cost of landfilling is expected to erode margins.

The fact that landfills are reaching capacity and UK EfW facilities are increasingly expanding will likely impact the UK market prices of RDF. The export of RDF to countries outside the EU is a way to meet the Government’s goals and keep costs down. However, it can also hurt the UK economy. While the tax is intended to discourage the export of waste, it has an environmentally friendly effect.

RDF exports are a way to meet the UK’s environmental targets at a lower cost.

It also generates new waste collection, transfer, and portside handling jobs. However, the tax also has an economic impact, as exports of RDF to the EU increase landfilling costs. This is a direct result of the tax.

In the UK, RDF exports cost the UK economy £87 per tonne.

In 2016, the export of RDF cost businesses and households £280 million.

Over the last six years, UK businesses and households have spent around PS1 billion on the export of waste. The introduction of the UK RDF tax comes when the UK is seeking to reduce the amount of waste sent to landfills. While the Government’s Climate Change Act is sympathetic to the policy, it is unlikely to prevent some councils and waste collection companies from absorbing the additional costs. In the meantime, they may try to pass the additional costs on to residents.

So, it’s hard to say what the future holds for the UK waste management sector. The only way to find out is to see what happens in the UK. The UK has already implemented a landfill tax in 1996, which began steering residual waste away from landfills and towards energy from waste (EfW). This policy encouraged RDF export to energy-from-waste facilities, such as incinerators in the Netherlands. Because the Netherlands has an excess EfW processing capacity, RDF exports to the Netherlands are becoming more profitable.

But a UK RDF tax could make this process even more expensive, forcing the UK to take care of the waste domestically. Impacts on CO2 emissions The introduction of an RDF tax in the UK has made headlines in the waste management industry. This tax will apply to refuse-derived fuel (RDF), derived from domestic and commercial waste and burned as fuel. While the process is environmentally friendly, the tax can hurt CO2 emissions, and environmentalists are concerned. Here’s what you should know.

The RDF Industry Group argues that the carbon tax will increase CO2 emissions. This is because more waste will be sent to landfills, which would produce more greenhouse gases. Every tonne of waste diverted from incineration will generate 261kg of CO2, equivalent to the energy consumed by ten lightbulbs for an entire year. The UK government is sympathetic to this argument, but there are also costs for local councils and waste collection companies.

The investigation was based on evidence from roundtables, interviews, and written submissions. It used thematic analysis to analyse the transcripts and identify themes and recurring themes in the evidence. It was carried out by the Sustainability team of Policy Connect, which is a membership-based, non-profit think tank that brings together Government, business, and civil society to improve UK public policy.

This report is based on the findings of a six-month inquiry conducted by Policy Connect and supported by industry representatives as members of the Sustainable Resource Forum. The Government’s carbon tax will apply to all sectors of the economy, beginning in 2026/27. The carbon price will start at GBP 100 per tonne of CO2, increasing by 2.6% per year. It will reach EUR60 per tonne of CO2 in 2050/51. This tax will generate a revenue of nearly 0.5% of UK GDP, which is still relatively low. The tax on carbon emissions is designed to protect the EU’s economy and pressure other countries to become more environmentally friendly.

The EU set the CO2 price at EUR3 per tonne in 2016. A UK RDF tax would cost the economy £70 billion annually. As of now, the tax will only affect 0.1% of EU imports, but it could hurt the economy of many developing countries. Impacts on carbon credits The introduction of a carbon price in the UK will begin in 2026/27. In the short term, the tax will be relatively modest. The price will be GBP 100 per tonne of CO2 initially but will increase by 2.6% annually until 2050/51 when it is GBP 187 per tonne of CO2 in the long term.

During the first decade of the tax, UK revenues from carbon taxes will be equivalent to 1.8% of GDP. In 2050/51, the tax will account for only 0.5% of GDP. The proposed tax was prompted by the UK’s involvement in the EU Emissions Trading Scheme. The ETS was set up in 2005 to encourage countries to reduce their carbon output. In 2016, the price of CO2 in the EU’s scheme was EUR3 per ton. This price soared to EUR69 in just a year.

But critics of the UK tax have pointed out that it will have little impact on carbon credits, which are vital to the UK’s climate policy. Despite the potential for increased revenue from carbon taxes, the EU has not yet announced a plan for using the tax revenue for sustainable development. While the carbon price aligns with the Bank of England’s early action scenario, it has yet to be implemented.

A recent report on the topic highlights that it is still uncertain how the UK government will use the funds it generates from the carbon tax to implement sustainable development programs. The report also points out that the inclusion of plastics in the EU’s ETS would result in a triple win situation: reducing waste and unemployment and moving towards a circular economy in Europe. In this way, the UK could achieve net-zero carbon emissions in 2050.

The UK is a leader in the global fight against climate change. And as long as it can continue to reduce its carbon footprint, it will positively affect it. While several challenges are associated with implementing the RDF tax, there are several positive implications. This tax will increase the price of landfills and make more efficient and cost-effective technologies more economically viable. However, the Government’s policy must be clear and consistent to achieve its goals. Without such a clear framework, alternative fuels will be difficult to use. And it will take strong market signals and regulations to reach the combined objectives of resource efficiency and reduced carbon. 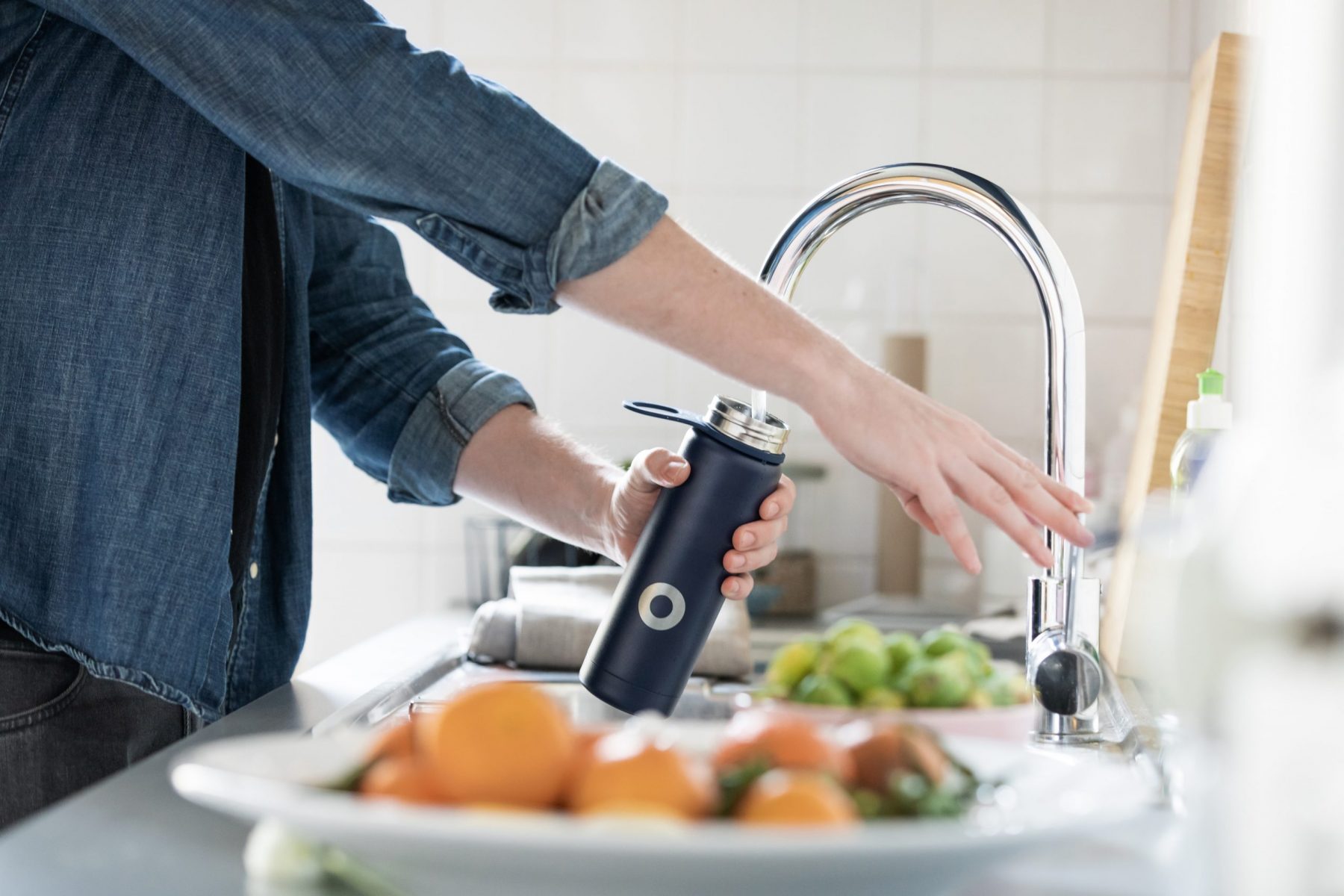 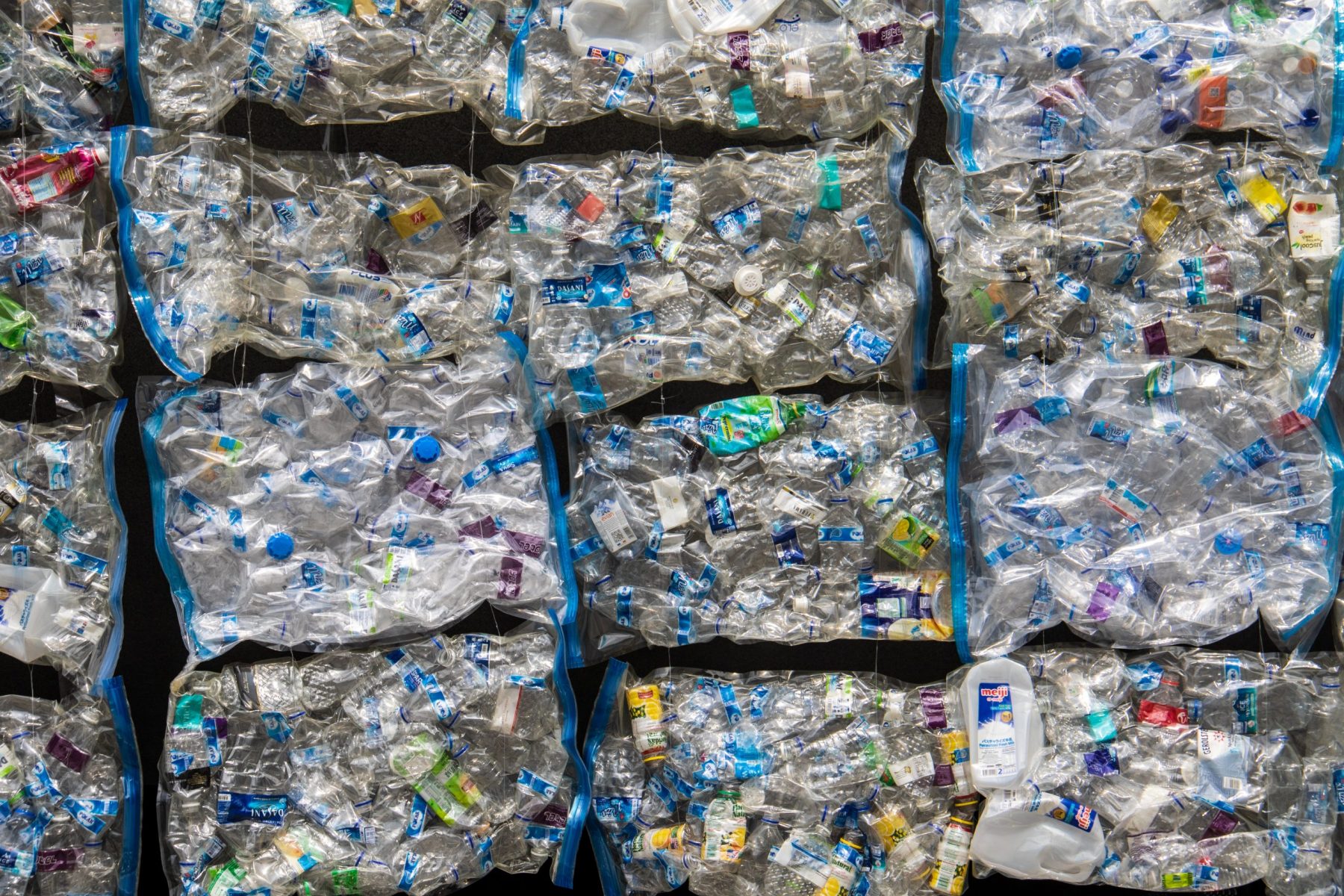 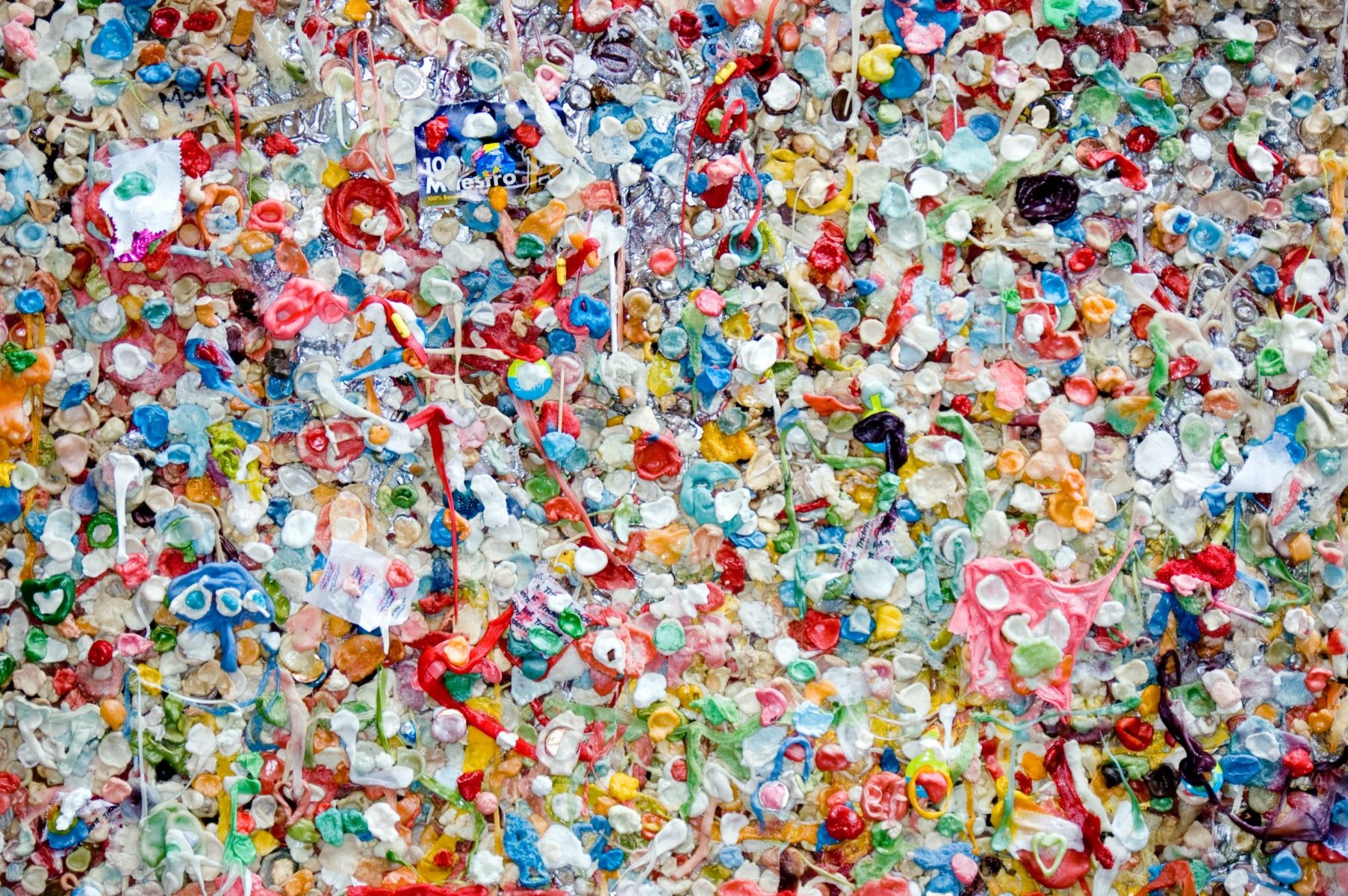 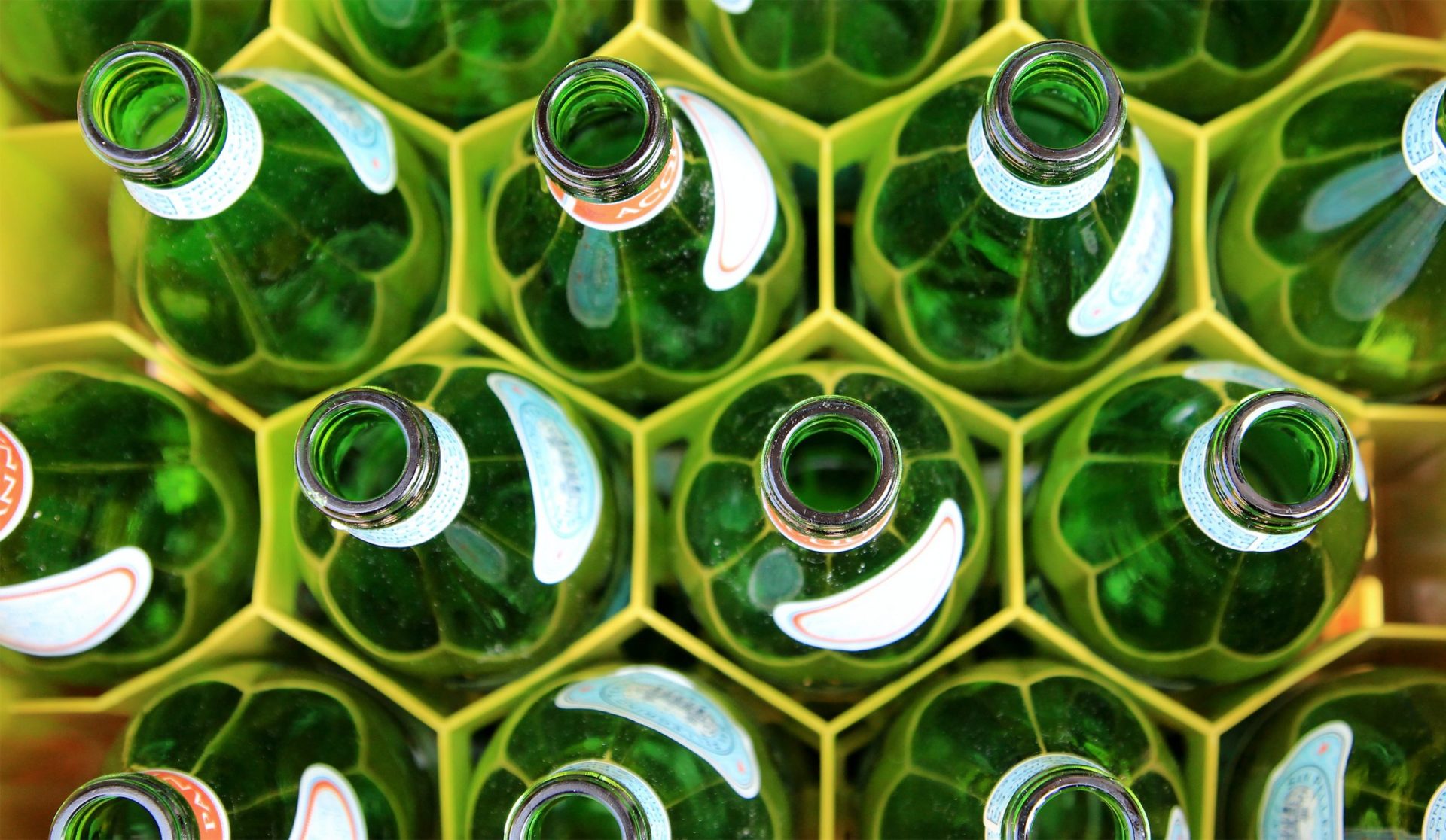 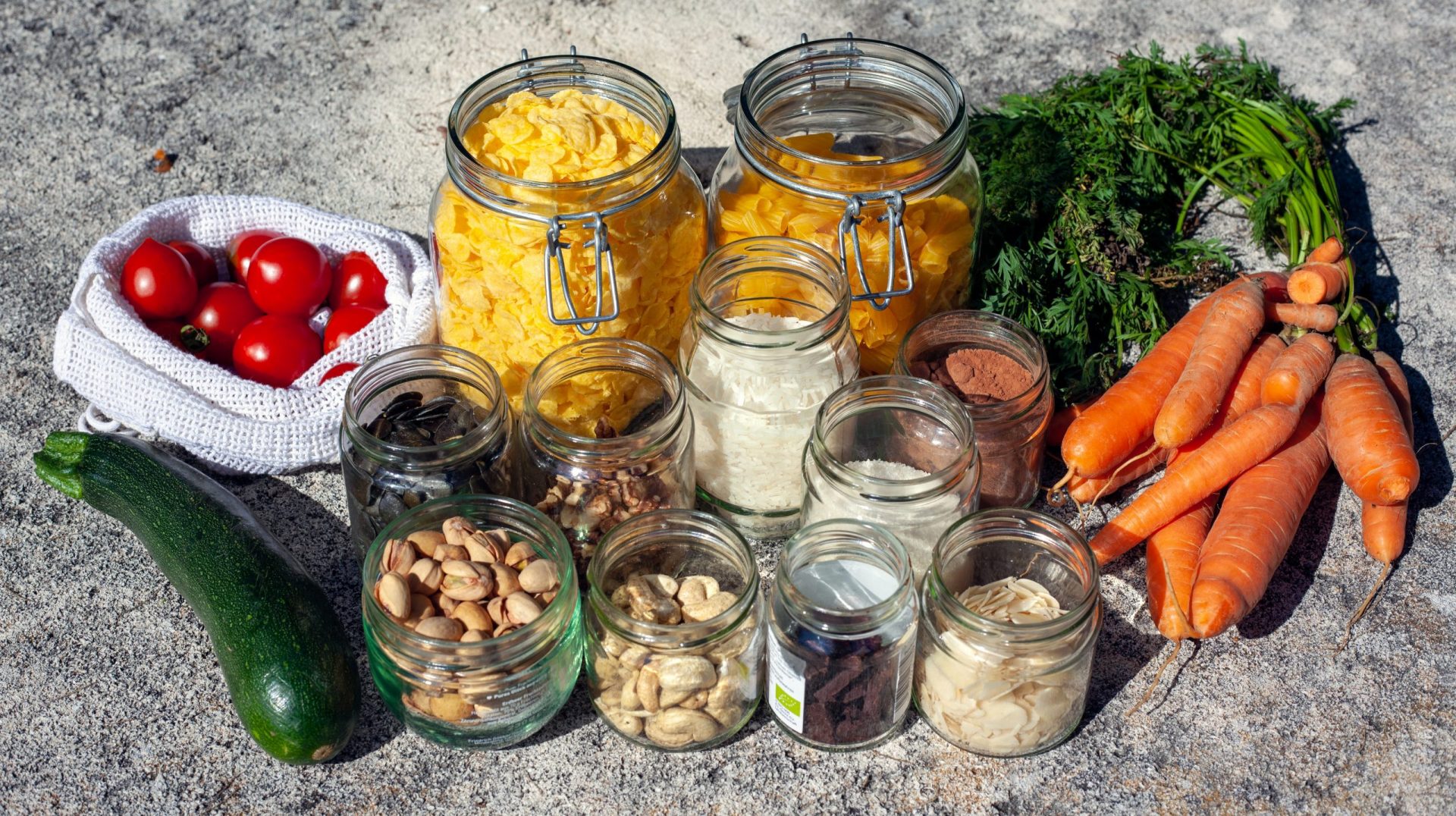 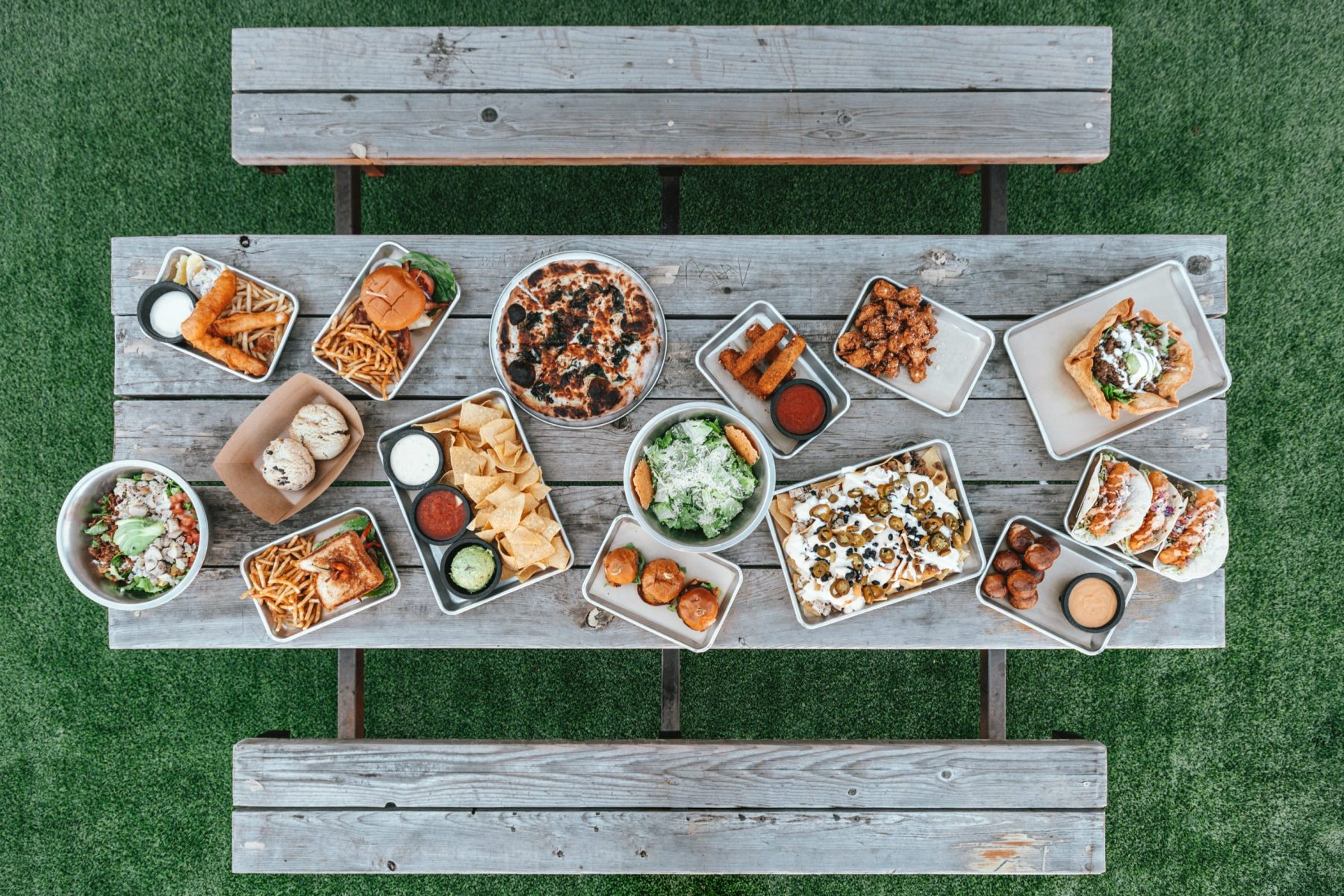 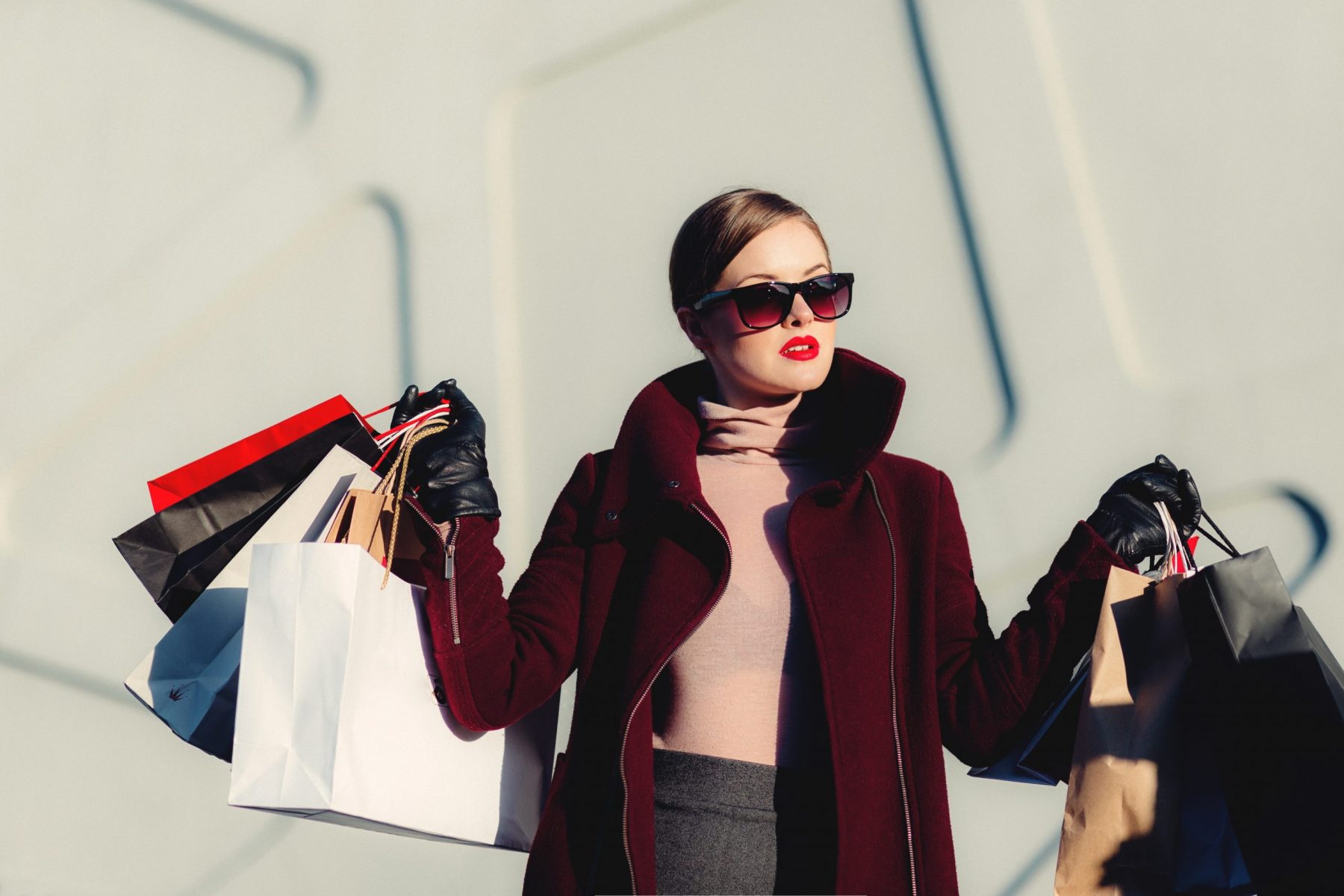 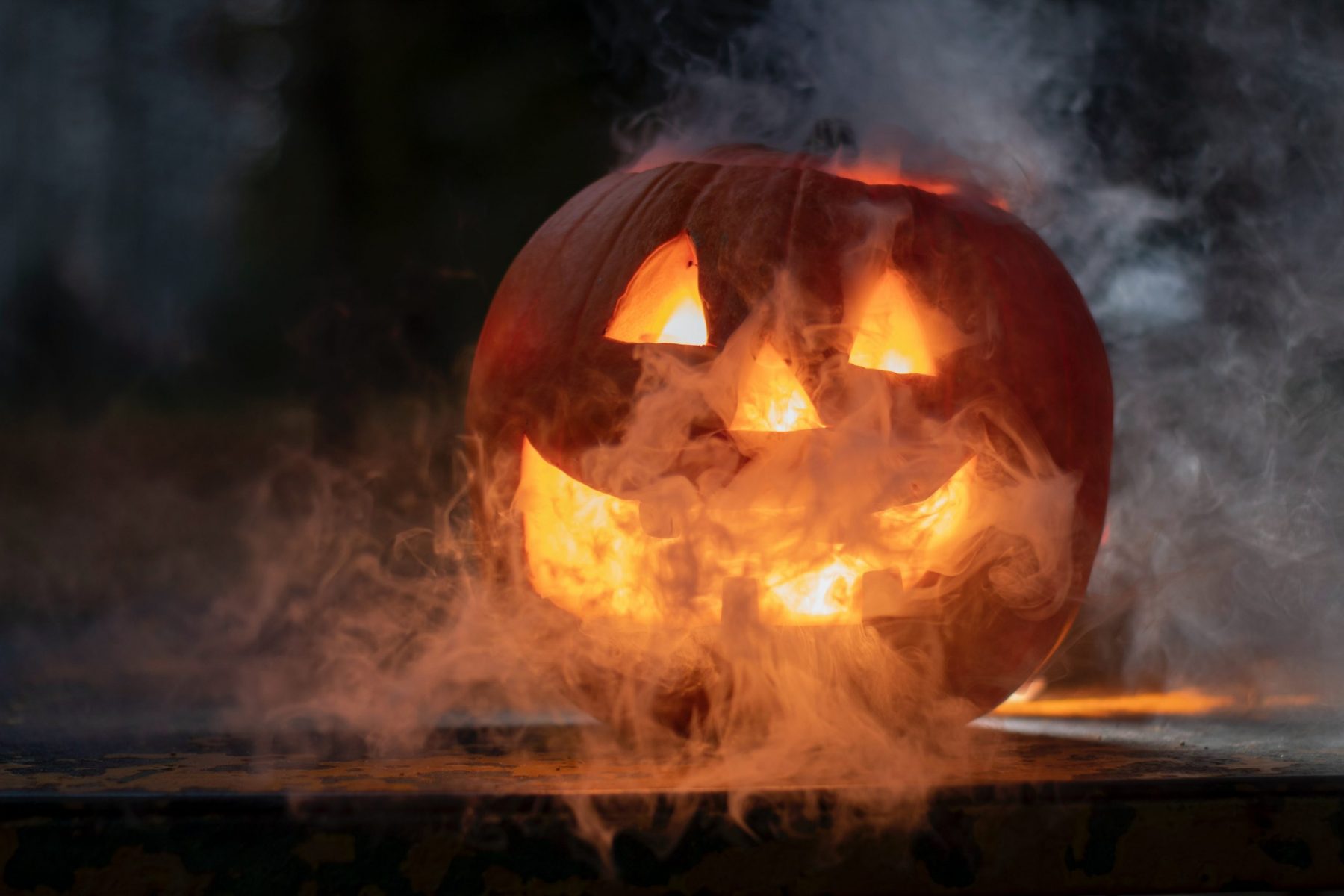 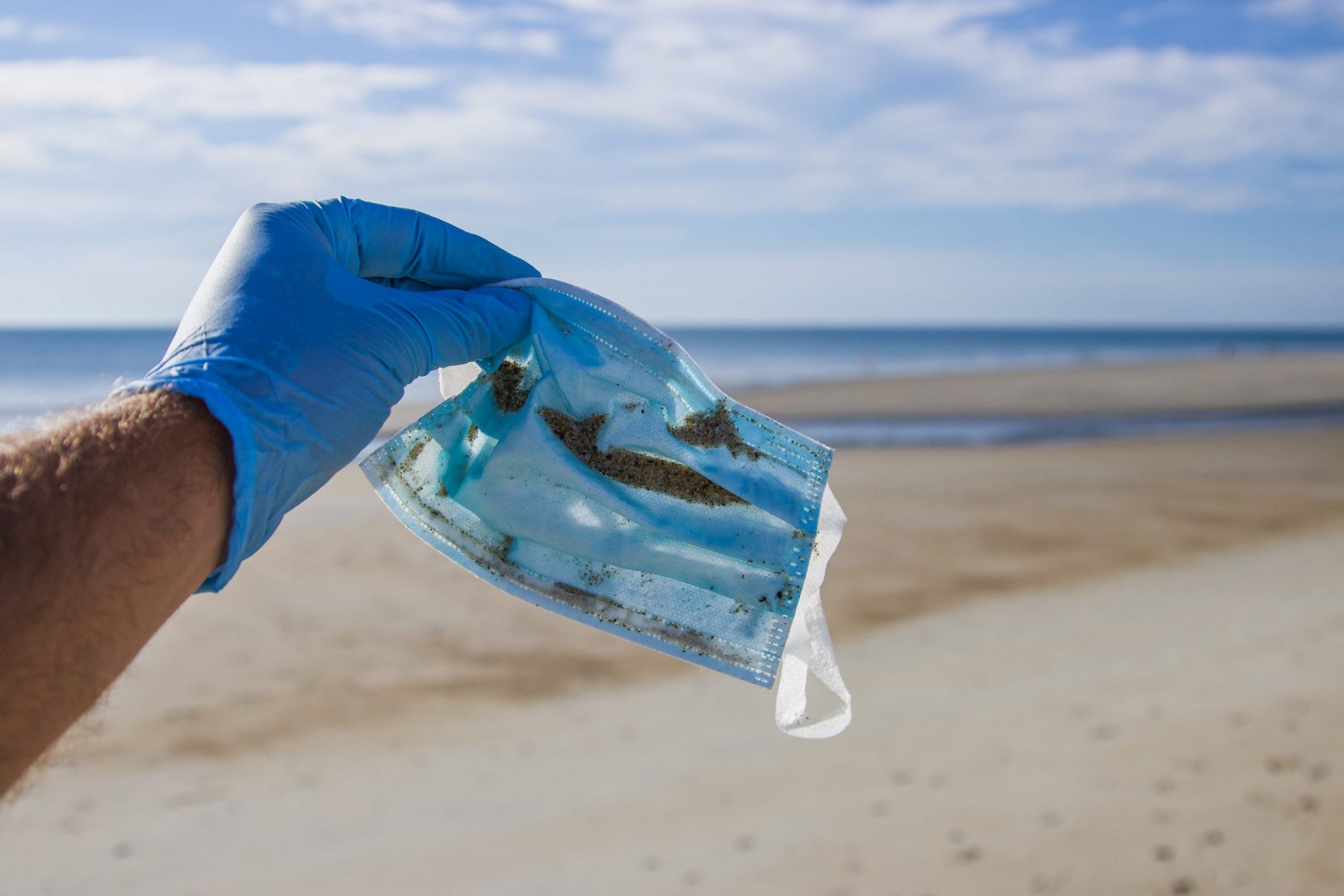 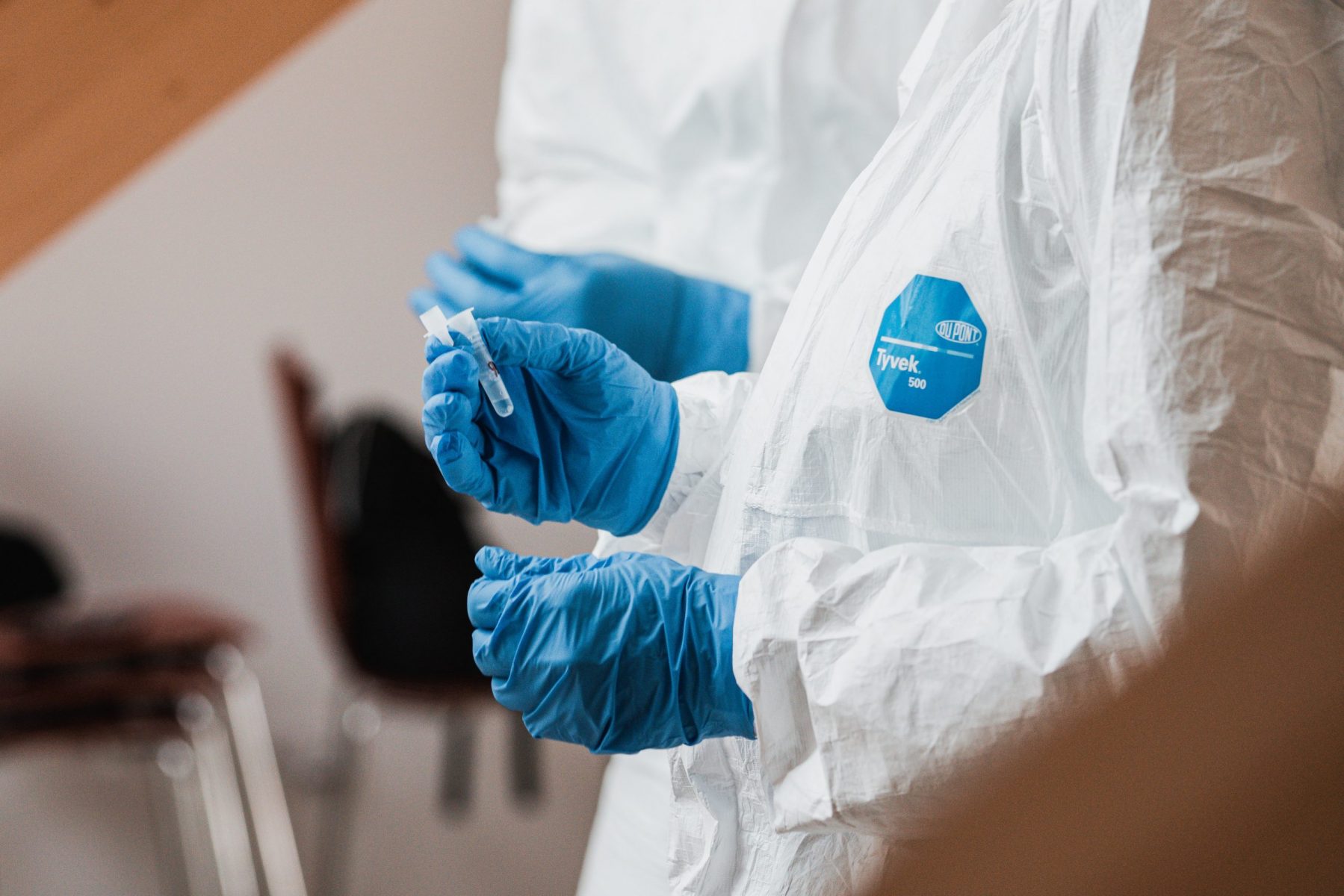 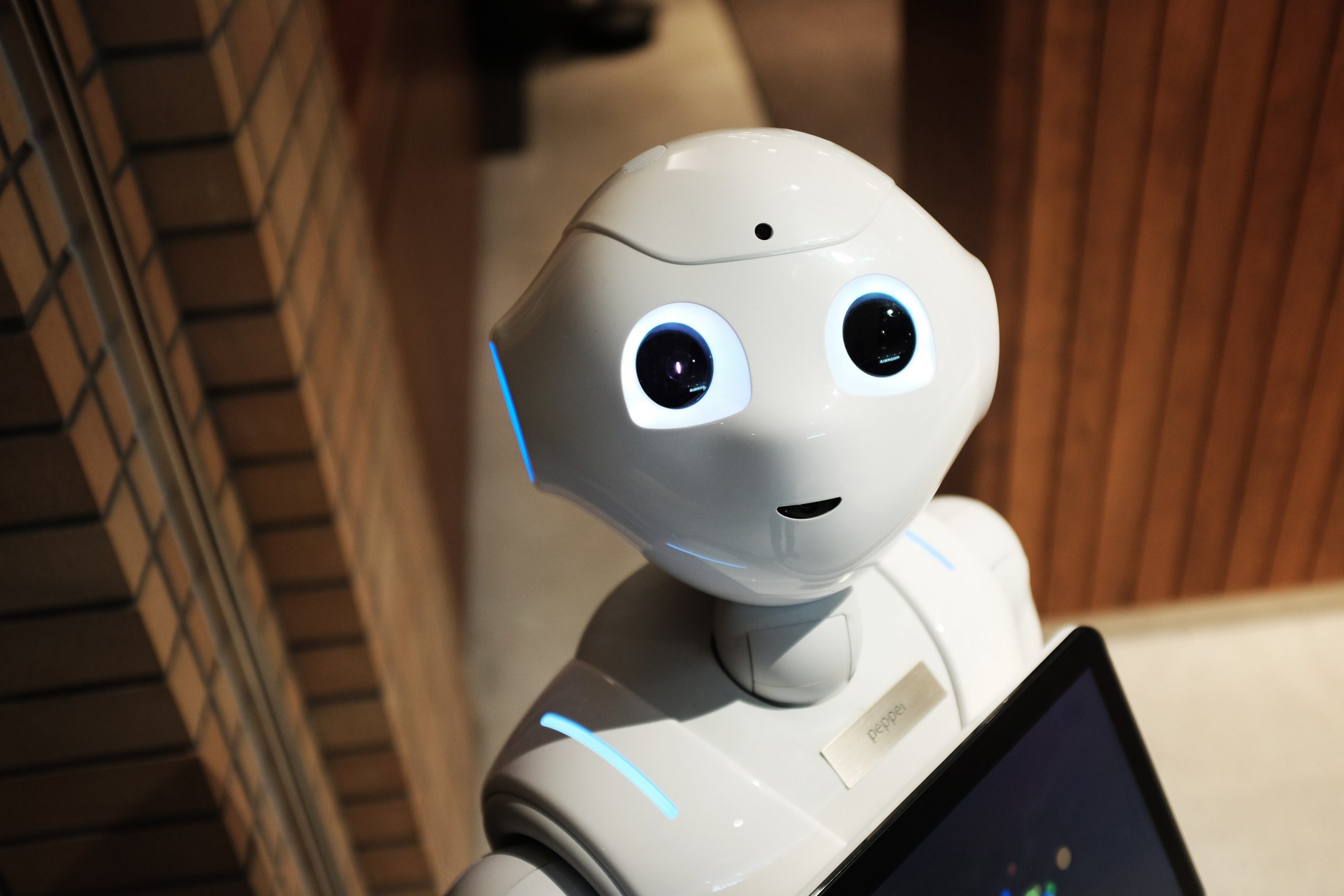 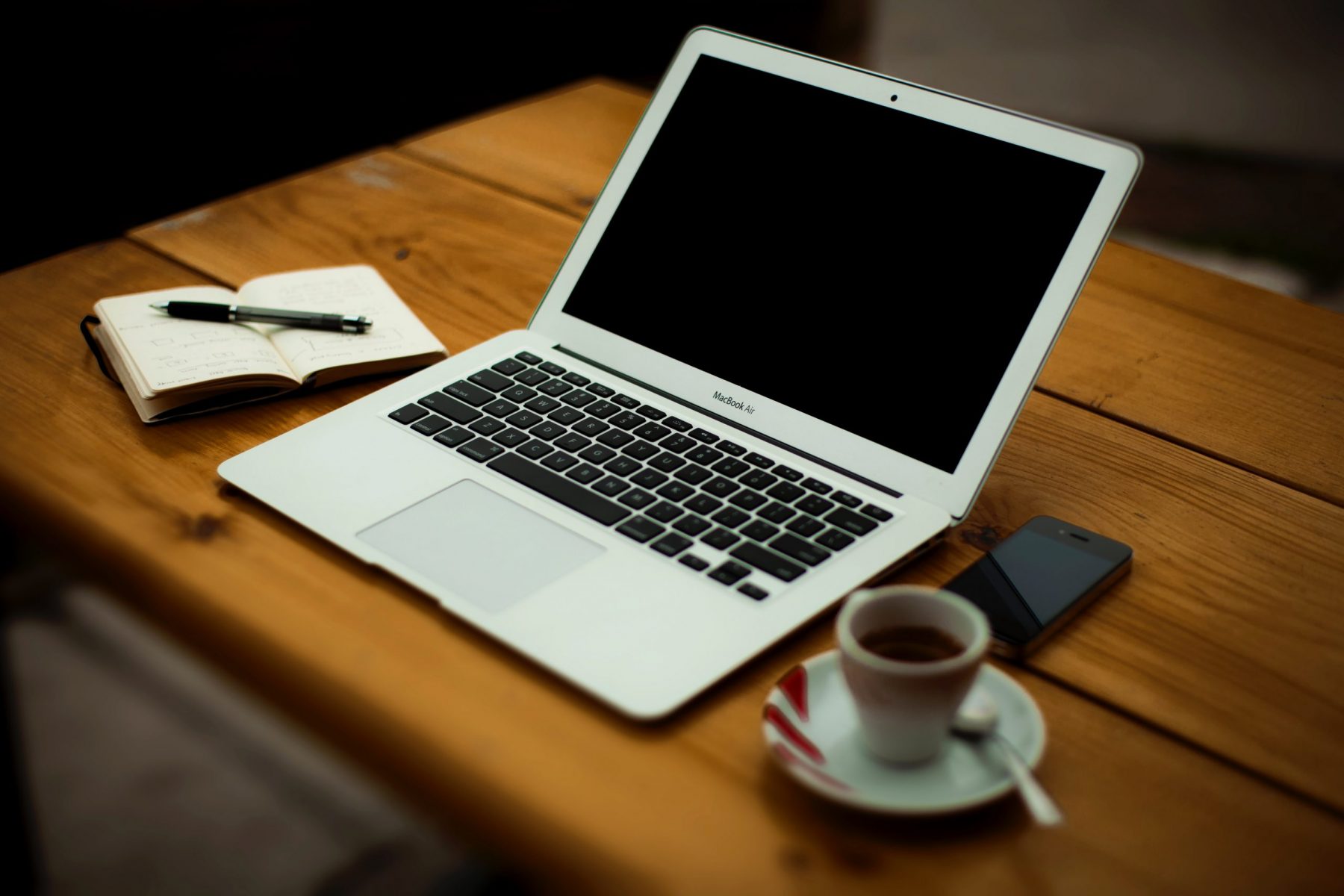